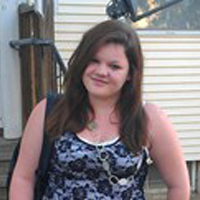 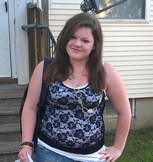 Chelsea was born on July 1, 1996. She was our fireworks celebration that year. She entered the word a normal, healthy young child. This was latest blessing, from God. She was very vocal and pronounced her arrival with a bang, very fitting for the fourth of July. She had a very normal and carefree childhood. She loved school, her friends and her older sister Caitlin. She always opened up her heart to everyone she came into contact with. She especially loved her grandpa Raymond Sinclair. When Grandpa and Grandma Elizabeth came over she just smiled as big as she could and hit the ground running for a hug and a kiss, it also never hurt that grandpa always had a special treat just for her. 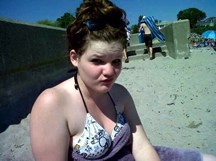 Chelsea has such a big heart and an infinite love for her mother Melissa. When we told her that mom was going to have another baby her eyes lit up and she beamed with joy that she was going to be a big sister. She turned into mommies little helper and assumed control of little brother Cody’s care upon his arrival. She always gave her all as she grew up, getting into sports like softball and basketball but her true love came in the form of horseback riding. She started taking lessons in her 4th grade year and she was instantly hooked. Her love of animals started to become very prevalent in her life. All through elementary school Chelsea was all that she could be. She was really taking life by the reins and blossoming into a very wonderful young lady.

Upon entering into middle school, things started getting difficult for her in her studies. We had an IEP put in place but had no idea what was in store in the next few years. Chelsea struggled with her schooling, over the course of the next few years while Lafora had already started its nasty work, we had no clue that our little girl was suffering from this hideous disease. It was not until the end of her eighth grade year that her symptoms started. She came to me and said “Dad I have a twitch in my eye.” At first, I didn’t think anything of it but when she came and said I have a twitch in my arms and legs, we became nervous. Our PCP told us it was a form of tics. We really became worried when the twitches became jerks and Chelsea said, “I see fireworks”. That stared us on our journey for a diagnosis in the fall of 2011. 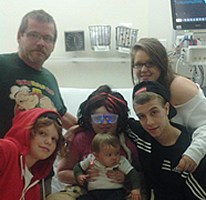 We had our first EEG in the fall and were told that her whole brain was misfiring. Our neurologist put her on Depakote but that was all. She responded for two weeks but went the other way after that. Such was the case and frustration for the next several months. We received a diagnosis of juvenile myoclonis epilepsy in March of 2012. She was put on Keppra along with the Depakote and with the same results as before she went backwards in just a few weeks. As our frustration mounted with the fact we could not get any more testing done by the neurologist, her symptoms got worse and on July 26th of 2012 she had her first tonic clonic seizure. Finally after another neurologist and three more tonic clonic seizures we got to Maine Medical Partners and doctors Alexa Graig and Peter Morrison. 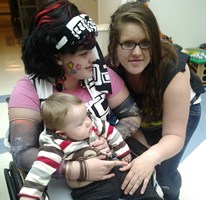 We entered the hospital for our monitoring and testing. Her medications were played with and on the day we were to come home she had her first round of multiple tonic clonic seizures. Her meds were redone with a few more added to get her stabilized. We were sent home two days later with our little girls on six meds and told we had to wait for the test results. Genetics test were performed and that is where I first read about the five Progressive Myoclonic Epilepsies. When I read about Lafora Disease I stopped and started praying no not that. I feel like I picked my own poison because that is what our diagnosis would later reveal after further testing in Boston Children’s Hospital in December in 2012.

After our stay in Boston our journey took us to Crotched Mountain Rehab Facility, we have finally brought Chelsea back home. With our lives in turmoil along with all the other families, we struggle to deal with all of the changes on a daily basis. This has taken a drastic toll on our entire family and while we struggle to pull together we take each day as a blessing from God. We also pray daily for all of you parents whom have come before us and have paved a small path for us to follow. Opening up a small window into our future has been very helpful as we struggle with our daily ordeals while waiting for Dr. Minassian to perform the miracle we all so desperately wait for. I have finally connected our doctors with Dr. Minassian and with his insight he is offering us ways to control her seizures better and reduce the number of meds Chelsea is on.