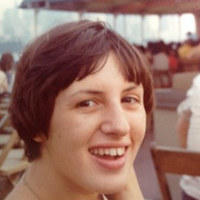 My inspiration for the following outpouring was finding your charity, Chelsea’s Hope Lafora Children’s Research Fund, on line.  My heart goes out to all the children and their families who are suffering with, and dying from, this terrible disease.  My admiration goes out to all of you involved in this charity and the great work you are doing in raising needed money for research and, just as important, the support you give each other.  If we had had the technical knowledge and communications that we have today, back in 1969, perhaps our daughter would have been diagnosed much earlier and she, with us, would have had a better grasp on what was happening while she still had the capability of speech and understanding.  Also family and friends, who thought we were being overprotective parents in the earlier years of her illness, would have been better informed.

In 2002 my darling husband Raphael died and while still mourning his loss, I decided a few years ago to look on line to see what research, if any, had been done for Lafora, but when I started to read what I found, it was too distressing for me and I didn’t look any further.

As my 80th birthday approaches, I now feel I am mentally in a place where I am able to look back and tell Janet’s story.

We were so alone, no diagnosis and no one to understand Janet’s or our problems. 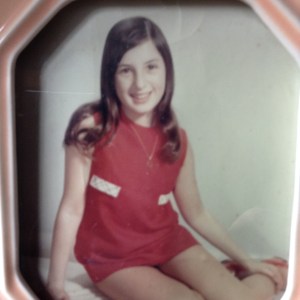 In 1969, when she was 11 years old, the first obvious indication we had that anything was wrong, was when she presented with multiple Grand Mal, status epilepticus (we didn’t know what this was at the time), rushed her to hospital where it took hours for the doctors’ to stop this onslaught.  She awoke the next morning as though nothing had happened. Our Paediatrician admitted Janet to hospital the following week to undergo various tests, one of them being a lumbar puncture – no conclusion, only that it may be puberty. Nine months later exactly the same thing happened, after which Janet was prescribed valium and we were told she had epilepsy.  I can’t believe how devastated we were to think she would have to live with this – little did we know. 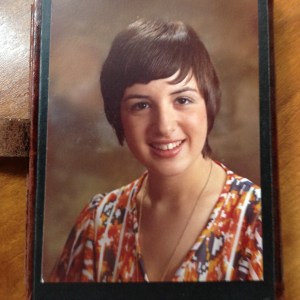 There followed 9 years of doctors’, specialists’, hospitals, homeopathy, healing and a myriad of different medications, taking Janet out of school at the age of 15 because the petit mal was so frequent it was interfering with her learning and she couldn’t cope, had remedial teachers at home to help with her writing etc., but to no avail. In desperation we took Janet to New York for 4 months in 1976 for an alternative treatment with a Dr. Laverne, which didn’t turn out well – but that’s another story.

While we were searching for information, I backtracked over Janet’s life and thought I had found a few clues that may have had a bearing on her condition.  Starting at pre-birth when I was 8 1/2 months pregnant she was breech.  The young doctor I saw tried to turn her, working on me for 1/2 an hour.  The pain was terrible and my stomach was badly bruised for a week after.  He couldn’t do it and had to call the specialist in who very gently manipulated and turned the baby.  After a 48 hour delivery of very strong labour (my husband told me that when he visited me in the labour room that I was completely swollen – face, arms etc) our baby was born only after a doctor was called at 1.30 am and he broke my waters.  Janet was born so puffed and swollen that we could hardly see her features.  She had jaundice, the deepest yellow I have ever seen, even the whites of her eyes, which lasted 6 weeks before it began to fade, and nothing was done about it.  This was National Health, we were young and didn’t know any different.  She was a very bright baby and child, reading fluently etc., before starting school at 4 1/2 years old.  When she was 8 she was on a see-saw with her friend, her friend jumped off when Janet was up high and she came down heavy causing a bad concussion.  We called the doctor who said it was just concussion and she would sleep it off.  In those days we believed what any professional told us.  When I looked back over Janet’s school reports, which were always good, academically they slowly deteriorated – comments like ‘Janet isn’t concentrating’, ‘Janet is daydreaming’ etc., didn’t raise any alarm bells because children generally go through different stages and all her other reports – sports, art, elocution, piano, acting, poetry were good.  There were other things in those 3 years that I remembered, but didn’t attach much importance to.  So my conclusion was that whatever the problem was, started much earlier than 1969.  These views were related to most of the professionals we saw over the years, but they saw no connection and were not interested.

In all these years nobody could tell us what Janet’s illness was, obviously it wasn’t epilepsy, and all we were told was ‘take her home and make her comfortable’.

When Janet was 20 we wanted her to go to a day centre for 2 hours a week, but she had to be assessed by a Dr. Ben Sacks at our local hospital first, to see if she was eligible.  On our first visit we explained Janet’s history and, of course, he was observing her.  He told us he thought he had an answer for us but would have to run some tests first.  After the tests he confirmed that Janet had Lafora Body Disease and what her life expectancy was.  As parents’ of a loved child, we heard it but in our hearts’ we couldn’t believe it.

At that time he told us that there were 30 known cases of this disease in the world and because we were then worried about Lesley and Karen, he assured us that Lafora was not hereditary but genetic.  Although this diagnosis was the worst news that we could have heard, that our daughter was suffering from a fatal genetic disorder, in a strange way it was a relief to finally know so that we could stop our relentless search for answers to our questions, and the extra pain and anxiety this caused us. So the searching stopped and we planned and had some wonderful holidays with our three gorgeous daughters’, celebrated all the good things we could to create happy memories.  But for Janet it was really too late, because by this time her comprehension and general condition was so poor.

The big question for us was why all the top people who saw Janet in all those years couldn’t diagnose her.  Ben said it was by pure chance that he happened to be reading an obscure article in a medical journal 3 weeks before we went to see him, and when he heard what we had to say and closely observed Janet, she presented the symptoms he had been reading about, and the following tests confirmed his suspicions.  He looked after Janet until she left us on 2nd August 1981 at 8am, at home, with us. 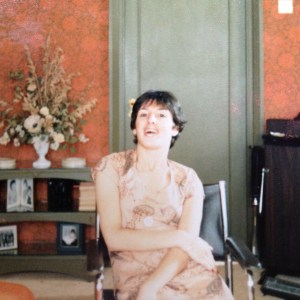