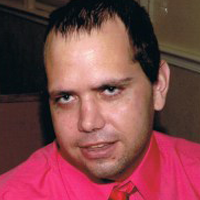 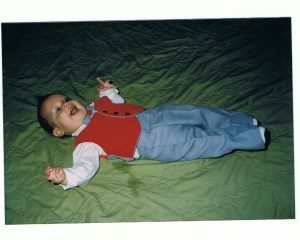 Grant was what we were waiting for, a son. I lost my first baby which was a boy, so he was even more special to us. He was a child that loved to go outside, from the time he was born. As he grew nothing much changed. Every Saturday we always took our family in the boat. Grant’s favorite thing to do was to go diving. He loved fishing too, but diving was his favorite. 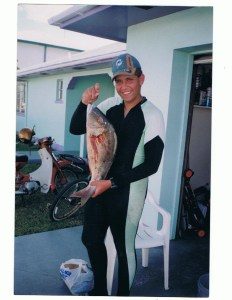 Grant found a job doing what he loved, diving and catching fish.  He went fishing for a few years but started to go down health wise, and he wasn’t able to keep that job. He started having jerks and dropping things in the morning when he was 17 years old. He lost a few more jobs because he was getting slower and slower in his movements.  A few days before he turned 18, he started vomiting continuously. We took him to the doctor here in the Bahamas who sent us to Florida where he was misdiagnosed with Juvenile Myoclonic Epilepsy, which was understandable be cause symptoms present the same as Lafora.

Grant was started on Depakote and for the first few months was alright; then he worsened. The doctor increased the Depakote dosage which worked for an additional few months until he worsened again. New medications were added and when Grant took a turn for the worse he would take him off of one and add another. Trying to find the right medication combination is a big challenge.
Grant started dating Georgette, who is a beautiful woman inside and out, in 2005 right before his Grandmother died. They married on July 29th, 2006. Georgette has stuck by him through all of the good and bad times. There have been a lot of bad times. 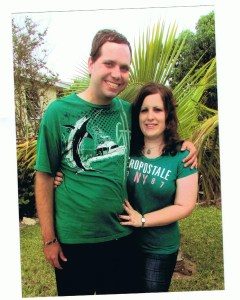 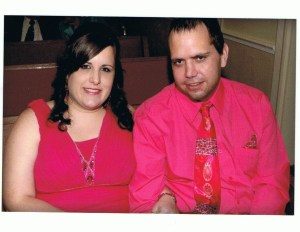 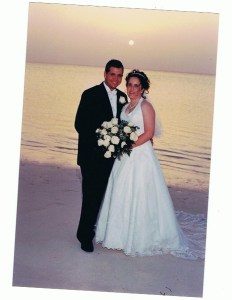 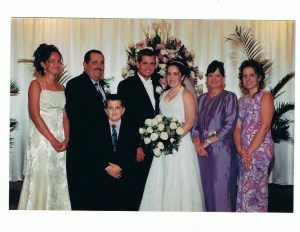 When Grant and Georgette had been married about 3 years he became worse and worse, until we took him to Florida again where he was diagnosed with Lafora Disease. Grant is now 30 years old and we have been dealing with this horrible disease for 12 years. His cognition has slowed down a lot and he does not understand that he cannot do what he used to do. He thinks he can still drive and dive. We have hard times explaining that to him.
My oldest daughter, Claire, started showing the same kind of symptoms and has been diagnosed with having the Lafora gene on one chromosome. Her cognition is slow like Grant’s and she is on three of the same medications. The good thing with her is that she doesn’t fall as much as Grant. 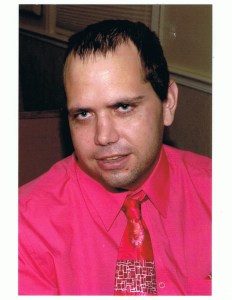 It seems most of kids that have Lafora disease don’t live to 25 years of age. We are thankful that Grant has made it to 30 years old. We feel privileged, to have had him for so long. We are very thankful.

We understand that the doctors are close to a therapy for Lafora Disease so PLEASE DONATE TO CHELSEA’S HOPE SO A THERAPY FOR THIS DISEASE CAN BECOME AVAILABLE SOON.